Aliens, tsinelasay and other tales

Just Before It Rains

1. What is the little rabbit doing on the slope of a mountain? picking wild flowers
2. Why can't the bugs fly just before it rains? because there (their) wing will get wet
3. What do fish want on the surface of the water? oxygen or wind
4. What are ants moving to a higher place? because ther (their) home will get wet and the ants will get wet and they will die
5. What does little rabbit ask her mother to do? Bring in the paddy

There were two dogs. One dog was Clifford. One dog was T-bone. They played soccer. Clifford won.
Dylan 1:53 PM | link | 0 comments | 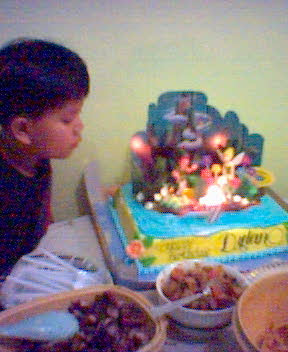 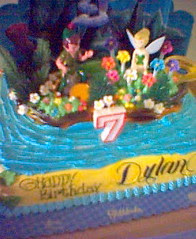 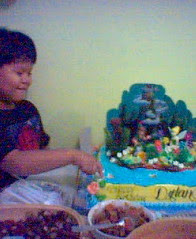 It is my birthday and I like my birthday. I am happy. I am seven years old today.

Welcome back to school.

Today is a happy day because it's back to school and back to studying.

* As told to mommy in summer of 2005; story recorded in her notebook and heart; title and words inside parenthesis supplied by mommy

There was a bird, way back in time, when dinosaurs existed. He (bird) was one of them (dinosaurs). I'm going to tell you something about this bird but you will get scared. His nose...his nose...he has a shovel for a nose.

He has...and this is scary...has hair for wings, heads for feet. One other thing: he has skulls for his ankles, knees, and elbows.

This bird died (with the dinosaurs) but something happened. He became alive again because he wanted revenge. Someone broke his super shields. It was the evil twin.

The bird killed them (people), their skulls took the place of shields (referring to bird's broken super shields).

Didn't know people weren't the ones (who broke bird's shields). You would be surprised (as to who broke the bird's shields). The evil twin is behind the broken shields. (The bird later knew who broke his shields because when) he looked at the skulls (of the people), he saw their memories there.

He (bird) knew it was the evil twin, (he) turned skulls into swords, killed evil twin.

Good twin did not know he was samurai, (he) used his sword to kill bird.

Three hairs of bird got to blackhole. Good twin did not know, bird was blackhole's creation. Blackhole sucked all the universe.

But...but...one thing: he (bird) picked on wrong guy. Good twin had a very powerful friend. He can stop the blackhole.

But his (good twin's) friend was asleep. (He was) woken up by samurai warrior.

He was (good twin's friend) powerful enough to turn back time. Saved the people. The dinosaurs and people--made them live together in peace.

Did not know black hole was a star. Lost all stars including sun. But he (good twin's friend) created another sun.